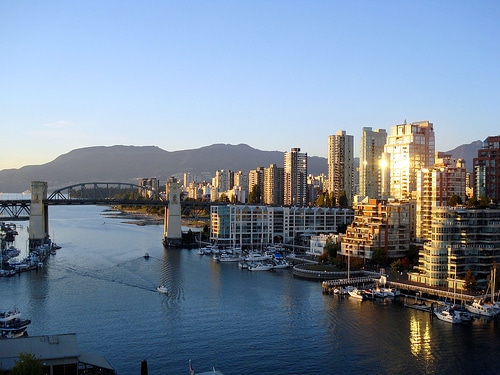 There is a video on the BNN website in which they interview an economist with Mortgage Brokers Canada.  He talks about the hot housing market in Toronto (which is the second hottest home market in Canada to Vancouver) among other things.  One of the primary aspects of the hot market that he talks about is that low interest rates are driving price increases.  The foreign ownership issue is raised and he stated even 5% of buyers being foreign buyers would affect the market significantly also.  (I suspect that the number is much higher, but no one has firm data on this.)

It is true that low interest rates will influence home prices, and I think part of the growth in prices in the past 8 years has been a result of low interest rates.  It does make sense that if interest rates go down, the amount of mortgage someone can qualify for will go up, and they will either be competing for more expensive properties or are willing to bid more to win a property that they want.

In the meantime, the executives of the banking cartel are sitting in their ivory towers and making myopic statements about what needs to be done to cool the housing market.  Their calls are for the minimum downpayment to be increased to 10%.  It is ironic that a bank that will lend 65% of the value of a property to foreign buyers and new immigrants who:

and then say that people who:

that the solution to the problem of the hot housing market is to make it more difficult for Canadians struggling to get into the market to buy a home!

The housing situation in Vancouver is unsustainable, but strangely it is really NOT a bubble.  People are justifiably getting angry, but what could come of it is good for no-one. My friend and colleague Bobby Bisla has a facebook page on which he puts some listings for Surrey real estate where properties are much more affordable, and I have seen a backlash on his page from people angry about the prices of homes.

The worse the situation gets, the more angry people get, and if you follow it through to its conclusion, I think increased vandalism and violence could follow.  Its time for a change.