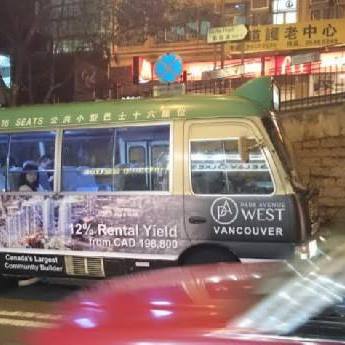 The Greater Vancouver real estate market is getting hit from all angles at the moment.  There is the foreign buyers tax, the empty home property tax and the most recent draconian mortgage lending rule changes.  The foreign buyers tax has been scaled back somewhat to make it more reasonable for those with work permits, but it is still a major deterrent to property speculators looking to park their money.

These ones are all in the news regularly and are known and regularly discussed.  However, there is another change that has happened, half way around the world, that could possibly have as large of an impact on the real estate market and economy as those other changes.

The Chinese government at the beginning of January began enforcing strict foreign currency controls to prevent the flight of capital overseas and to stem the decrease in the value of the yuan.  The government will continue to allow an annual $50,000 US in currency exchange per person, but will require disclosure as to the reasons for the currency exchange and may impose steep fines for foreign investment that is not authorized.

In the first 11 months of last year, $762 billion US left China.  The Greater Vancouver area has been a popular destination for Chinese money over the last number of years.  In speaking with Chinese clients, many Chinese have been trying to get as much money out of the country as possible in anticipation of regulations like this coming into place, and now this ability has been significantly restricted.

I believe that Chinese were even more feverish about moving money out of China in more recent years, which has contributed to the insanely hot market that we experienced in most of 2016.  Now, it appears that this will not be happening nearly as much.

While the foreign buyers tax will have impacted the market already, there are many landed immigrants, Chinese Canadians and work permit holders from China in the lower mainland who were also very active in the real estate market, and this regulatory change will likely have a major impact on them. Many of them have businesses in China and draw funds from overseas.  There may be ways for them to get around these regulations, but it is quite possible that these people will not be speculating in real estate like they had in previous years.

Will the real estate market crash from this?

My feeling is that it will not.  There are many factors in the lower mainland that make it the most expensive place in Canada to buy real estate, and this is just one of them.  I do feel the foreign buyers tax and the government mortgage and banking regulations will have a bigger impact than this one, but every change matters.  It is in large part Chinese money that has led to the lower mainland being so unaffordable to buy in (while on the other hand also making many millionaires, at least on paper). Having the taps effectively turned off will have its impact.  The market is in a modest correction at the moment, which was expected from the other changes, and the market will adjust and move forward, but I anticipate the next year to be relatively flat for valuation, with a possible modest increase in values by the end of the year.